Steve Kling, David Florent and Jason Simon, all principals with Colliers | Chicago, have been retained as leasing agents for the property.

According to Colliers’ Steve Kling, “Schaumburg Towers connects the energy and amenities of today’s contemporary work spaces and the proximity to major expressways, O’Hare Airport, and the dining and shopping of the Woodfield Mall.  Its unmatched infrastructure was another key selling point to Paylocity, a cloud-based human capital management software company.”

Since the twin office towers were vacated in 2016, over 400,000 SF of new leases have been signed in less than 24 months, including significant transactions with major tenants Paylocity, Great American Insurance and SwissRE.

American Landmark Properties is the owner of numerous suburban office properties in Chicago, as well as Class A office high-rises in Cleveland, New Jersey and New York.  It is widely known for its acquisition of the Willis Tower in 2004 and its sale to the Blackstone Group in 2015. 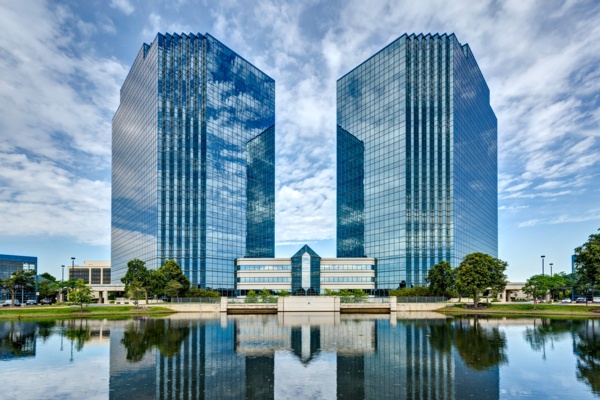