Purchased in 2004 for $840 million, the Willis Tower (formerly known as the Sears Tower), was the largest private-sector office property in North America, with 4,400,000 square feet of premier office space, retail space, the largest broadcasting/antenna facility in the United States, and the Skydeck, an observation deck attraction with over 1.5 million visitors per year. American Landmark Properties and its principals were co-managing members of the ownership group and were involved in every aspect of this world-class property. American Landmark Properties spearheaded the rebranding of the property, repositioning of the Skydeck and the leasing of nearly 2 million square feet of new leases, including the world headquarters for United Airlines. Equally impressive, in 2009–2010, American Landmark Properties redeveloped the entire Skydeck operation. Among other improvements, American Landmark Properties introduced "The Ledge" to the Skydeck. The Ledge is an engineering marvel, which includes four cantilevered glass boxes that allow visitors to “walk on air” 103 stories above the ground. Following the redevelopment, the Skydeck saw an increase from slightly more than 1 million visitors to more than 1.5 million in 2012. The new Skydeck remains one of Chicago’s top tourist attractions, and the worldwide recognition it received translated to an increase in revenue of nearly $10,000,000 annually. In 2015, the Willis Tower’s sale to The Blackstone Group, which represented the highest price paid for a U.S. office tower outside of New York City. 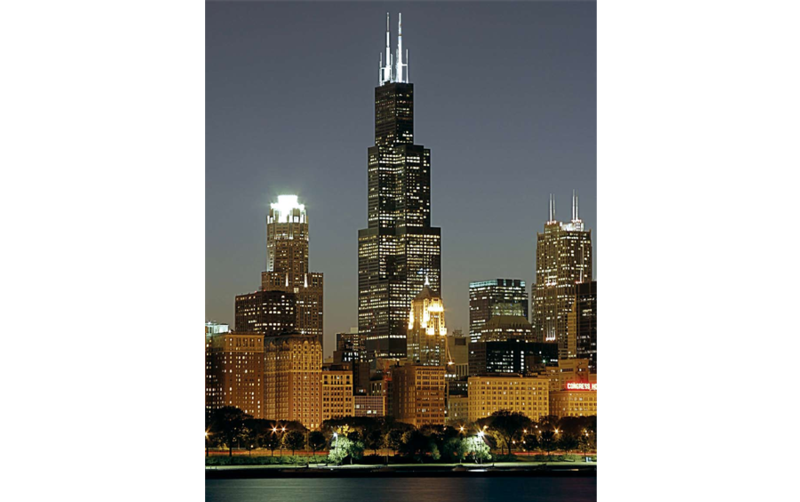 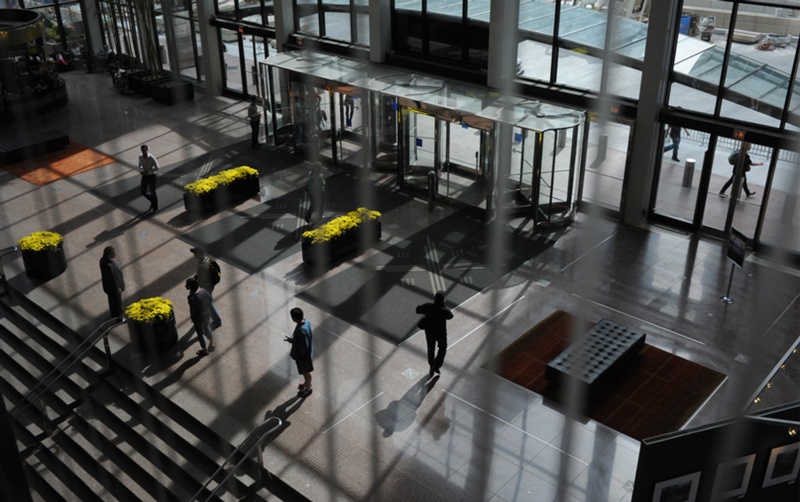 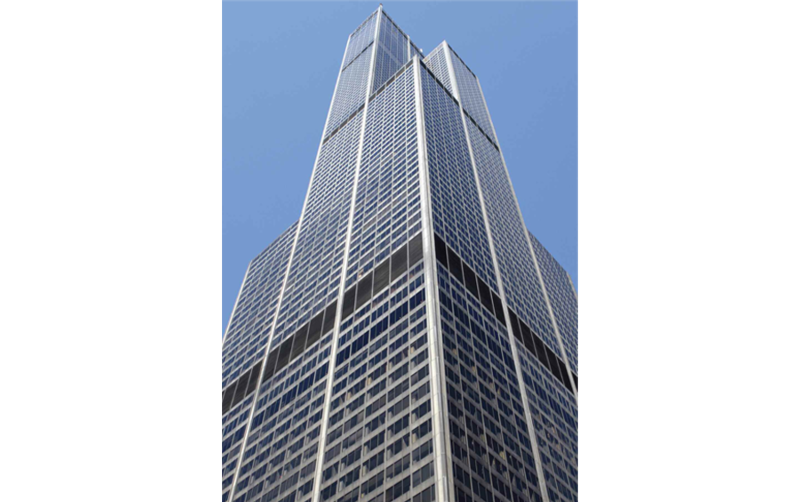 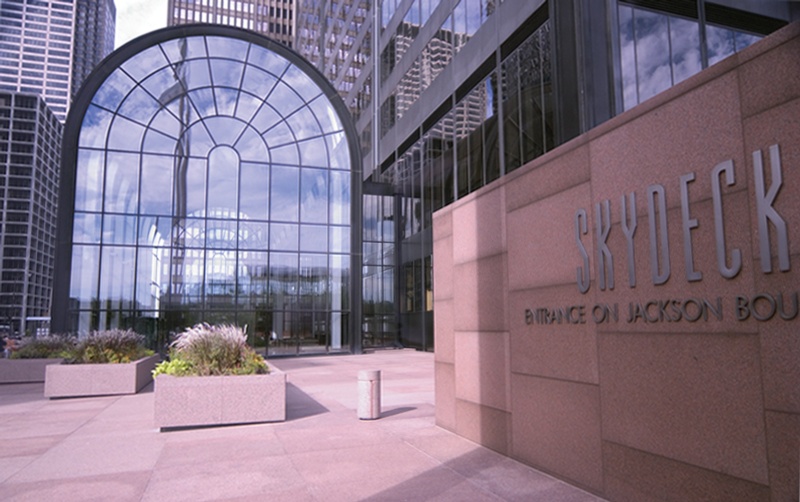 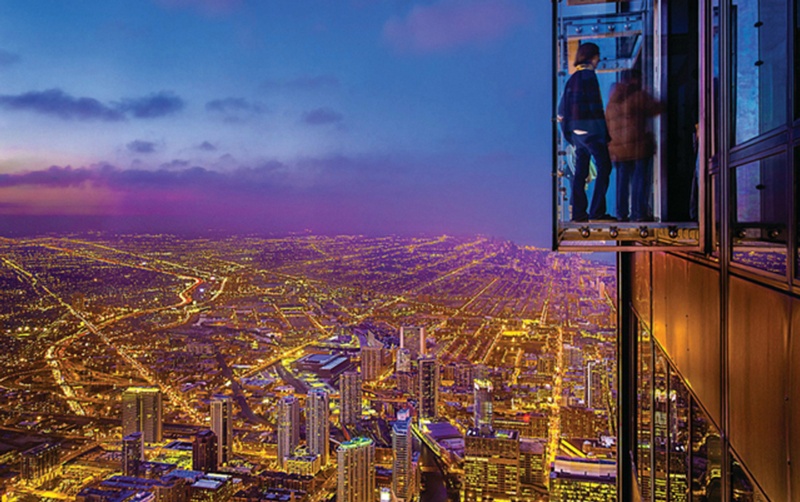